Memorial Day 2018 in the Beaverton Veterans Memorial Park. As we do every year, we participate in the ceremonies by shooting a musket volley to remember and honor those who gave the ultimate sacrifice. 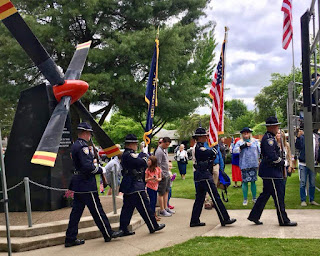 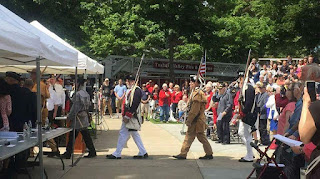 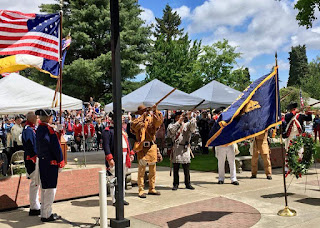 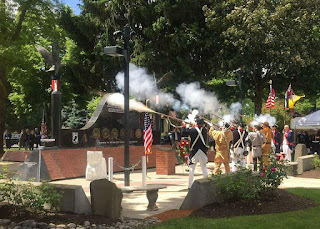 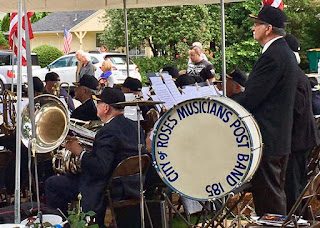 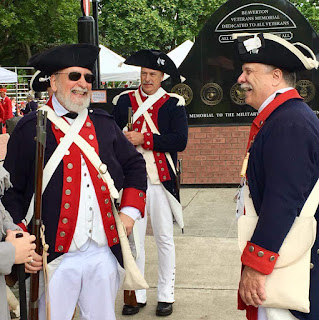 Posted by ORWMemorial at 2:17 PM No comments: 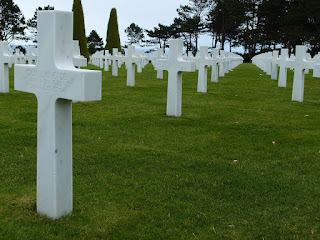 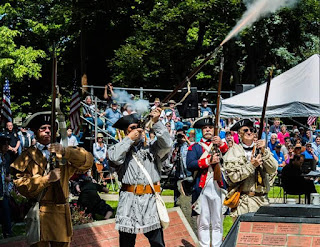 Please join the Sons of the American Revolution, Lewis & Clark Chapter Color Guard as they honor with a rifle volley those men and women who died while serving in the Nation's armed forces. 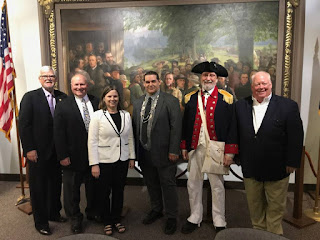 May 2, 2018, marks the 175th anniversary of the vote at Champoeg to form Oregon's first provisional government. To commemorate this, the Marion County Commissioners held a meeting at Champoeg Visitor Center. Lewis & Clark Chapter President, Michael Tieman, appeared as General Francis Marion, a fierce adversary of the British in South Carolina during the Revolutionary War. Marion County was originally the Champooick District and was created on July 5, 1843. On September 3, 1849, the territorial legislature changed the name of Champoeg County, as it was then called, to Marion County in honor of General Marion.
Posted by ORWMemorial at 12:28 PM No comments: